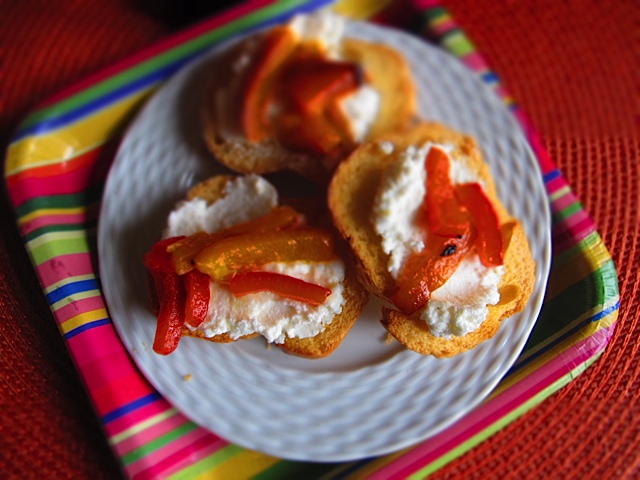 A plethora of colorful bell peppers mounded on tables caught my eye recently at my neighborhood market: 4 for $1. I adore working with colored peppers and use them in Pepperonata as a side dish, roasted with all kinds of meats, sautéed and added to grains and beans in a protein packed salad, blended into soups – the options are endless! Grilling the peppers to serve on top of rustic bruschetta came to mind just the other day and I decided to prepare this appetizer for dinner. I love slapping the seeded peppers, flattened by hand, on the grill or stovetop gas burner until they are charred – then removing them to a plastic bag for a few minutes and sliding off the charred peel. Into a light vinegar mix they go, and they stay in the refrigerator this way for a couple of weeks. Whenever I prepare peppers this way – I inevitably think of Priscilla – the woman who taught me this method. 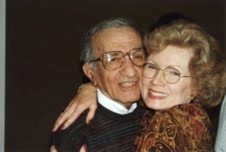 Priscilla, aka “Cousin Cilla,” is my cousin by marriage and is almost like a sister to me. She lives in Half Moon Bay, California and for years owned her own hair salon. Several years ago she began painting large murals and produces breathtaking watercolor and oil paintings on commission and to sell in galleries (click here to see her beautiful work). Cilla has a Southern drawl, and plays piano show tunes by ear. She cooks and entertains, and her recipes are tried and true. Whenever I visit she feeds me and inevitably I request the recipe she has prepared, be it an appetizer, a soup or a main dish. Her food not only tastes delicious, but she presents it like a piece of art, on beautiful plates with the perfect garnish. My kind of woman! 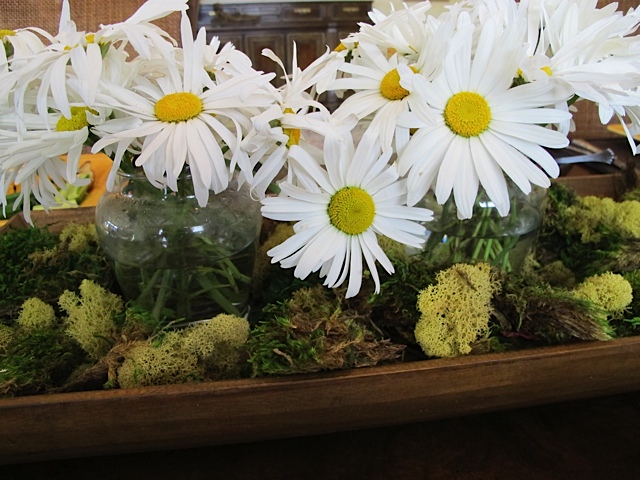 Last summer we drove to their house where she effortlessly prepared a colorful, decadent lunch for eight of us. While we were visiting we were presented with smoked marinated peppers atop crostini and soft goat cheese. YUMMMM. Cousin Michael meanwhile entertained my grandson with puppets and toys he keeps just for neighbor kids! 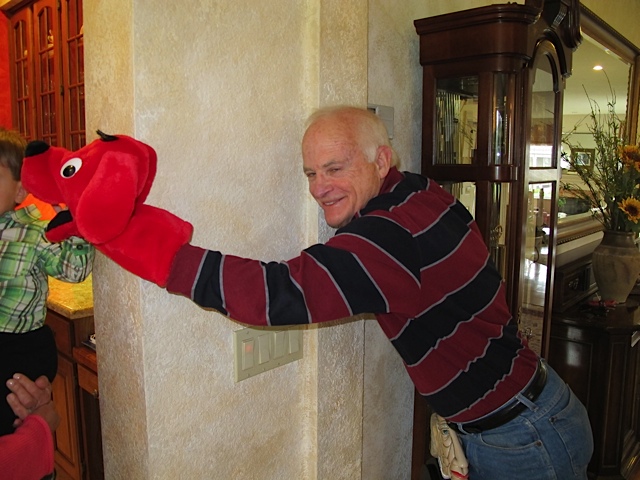 Michael and his Puppet

Kudos and hugs to Cousin Cilla for giving me this and many other recipes, and for cutting my hair and applying my makeup for countless family weddings and get-togethers. Double hats off to Cousin Michael for being a terrific person and for having the good sense to marry Priscilla to make her part of our family.

Cut the peppers in half and remove stems, seeds and inner membrane. Flatten each half with your hand and broil or grill with the smooth part of the pepper next to the flame until charred and blackened. (You can also broil the peppers or place them directly over the flame over the burner of a gas stove.) Once the skin is black, remove from the heat source and put the halved peppers into a zip lock or paper bag for 5 minutes, then remove them. Hold the pepper under running cold water; the skin should easily slide off. Cut the skinless peppers lengthwise into ¼ inch wide slivers -you can cut them widthwise into smaller segments too – I often cut them in half

Meanwhile, make the marinade by whisking all the remaining ingredients together.

Put the pepper slivers in the marinade for at least an hour. Keep refrigerated for up to 2 weeks. Drain and place a few pieces on small slices of toasted bread or crackers spread with goat cheese. I also use these marinated peppers as a condiment for sandwiches or simple goat cheese pizza

This entry was posted in Condiment and tagged Roasted Peppers. Bookmark the permalink.